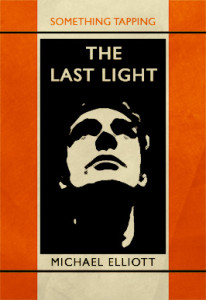 Richard kicked another of the steel cylinders. “Hey. We haven’t opened this one yet!”

Lenny didn’t answer; he was prodding the fire. His gangly body jumped backwards to avoid a shower of sparks.

Richard watched the frilly embers float upwards. His light mood vanished as he caught another glimpse of the fiery light, looming large in the sky over London. They were trying to have a good time; this was supposed to be the party to end all parties, but it was hard to ignore Victor. Victor was the elephant in the room. It struck him as odd that the Americans still called the asteroid by its full name, 2007 VK184, or sometimes just ‘the asteroid’. They gave names to hurricanes, didn’t they? Richard was glad the British press had stepped in to give it a nickname. Lenny said Victor sounded too harsh; we should have called it Colin. How could you be scared of something called Colin, even if it was about to wipe out everything you’d known or cared about. Richard thought it should’ve been called Alan. ‘Colin the asteroid’ didn’t work for him. Now, ‘Colin the comet’ would work, but it wasn’t a comet. ‘Alan the asteroid’ had a better ring to it…

Well, whatever you called it, it had been brighter yesterday. That’s when the nukes had hit it, giving the human race a lightshow to remember. But things didn’t work out, Victor stayed on course and everyone’s hopes died with the fireworks… 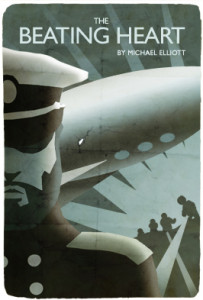 Before every trip, Ulysses Brown would trim his beard, press his uniform and polish its buttons. The Beating Heart might not be interplanetary class, but it was the last working pleasure boat on the Moon, and it was his. He was its captain and his passengers had a right to expect him to look like one.

He’d come up the long way, working the dark side for nine long years as first mate on a freighter that was older than he was. The opportunity to buy his own boat came with the Revolution. The Beating Heart’s owner, like most of the Lunar citizenry was clamouring to get back to Earth, to ‘remake the world’ just as the revolutionaries’ slogan encouraged.

But Ulysses had his own dream. It had carried him through the long years of isolation on the dark side – the same isolation that he had seen break a dozen fellow crewmen…